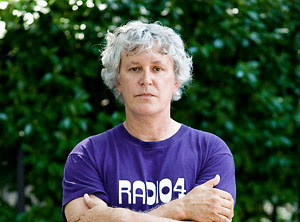 There never seems to be enough time to spend on this blog. I'll take advantage of a bit of down time with some music news while I have the chance.

This weekend RobertPollard is scheduled to play two shows in support of the simultaneously released Coast to Coast Carpet of Love and Standard Gargoyle Decisions respectively. Friday night you can catch the show at The Metro in Chicago and on Saturday you'll find him at Southgate House in Newport,Ky. In case you've been under a rock for the past couple of months you already know that these are the only shows planned for the foreseeable future. I'll have to take solace in the onslaught of new Pollard material coming in 2008. I'll be posting set lists and show reports as theAGP supporters send them in.

Death Cab For Cuttie's Chris Walla is preparing to release his first solo album Field Manual via Barsuk Records on Jan 29th. The album was delayed due to Walla's hard drive being confiscated by Homeland Security while a courier was transporting the album from Canada back to the US.
Posted by Bryan Hamill - Executive Editor at 3:18:00 PM 0 comments

I doubt that this will turn into a regular segment seeing how March does a fine job of dusting off his favorite music from the past over at FDF.
This post reveals a mistake and a rush to judgement on my part I hope this is the first and last installment. 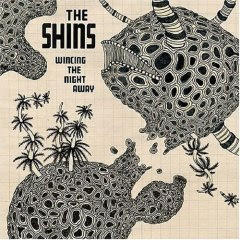 Ever have a disc change yout mind?
It doesn't happen often but it's happened to me over the past couple of days with the Shins' Wincing the Night Away. When I first heard the album last year I chalked it up as a rehash of there first two albums with a couple of decent songs. I was underwhelmed to say the least until recently that is A few days ago I was on my way out the door and was tired of everyting I had been listening to lately, so I figured what the hell I'd give it another spin.

It sticks to the Shins formula sure but the songwritting is superb and its a worthy addition to the catalog alongside Oh Inverted World and the there high water mark Chutes Too Narrow.

The shins will wrap up touring for Wincing the Night Away with a few holiday shows including the KROQ Acoustic Cristmas show on December 7th.
Posted by Bryan Hamill - Executive Editor at 4:07:00 PM 1 comments

Dinosaur Jr.'s 5th album seems like a good place as any to lift a title for this post. My first in nearly a month. In my absence The Red Sox won there 2nd World Series in four years, Radiohead has inked a deal with Dave Matthews label, and my eldest speaker has turned 6. I feel old, proud, and confused by all of the above.

Thanks to Bradley's Almanac for capturing The National's recent show at Paddy O's. This was a shw I desperately wanted to atttend but unfortunately did not. Go hear what we missed.
Posted by Bryan Hamill - Executive Editor at 3:25:00 PM 0 comments