April Vacation Holiday Tour
Tomorrow my wife and I will be loading the the Little Speakers into the automobile and heading south till we hit Florida. Don't go throwing any parties while we're gone.
Posted by Bryan Hamill - Executive Editor at 7:32:00 AM 0 comments 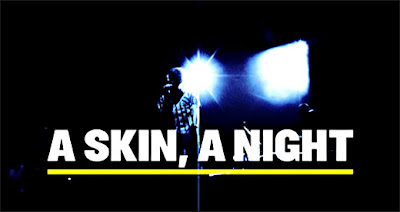 Friday Micro News
A busy week has kept me away from my trusty laptop this week. The need to earn a living can really be distracting. This weeks Micro News features updates from The National, Mission of Burma, Arcade Fire, and Radiohead

On May 20th The National will release A Skin, A Night. A film that was director by Vincent Moon. The film captures the creative process of the band in the studio recording the fantastic Boxer. You can check out the trailer here. A Skin, A Night will be accompanied by The Virginia EP. The 12 song EP will include demos, live versions,British B-sides and an unreleased track, You've Done it Again, Virginia.

Mission of Burma will be playing four shows this June in support of the recently released Mission of Burma: The Definitive Editions. These special shows will feature MOB playing either Signals, Calls, and Marches or Vs. in its entirety. They will play two shows in New York and two shows in Boston.
Here's the details on the Boston shows:
Thursday, June 12, 2008
performing the album Signals
Friday, June 13, 2008
performing the album VS
Paradise Rock Club
Boston, MA

Congratulations to Arcade Fire for being presented with Alternative Album of the Year at Canada's Juno Awards on Sunday night.

Let's pretend that you've been out of the country or trapped under something heavy and haven't heard the long awaited confirmation of the Radiohead show at The Tweeter Center on August 13th. Tickets will go on sale tomorrow at 10:00 AM via the usual ticket outlets. So I guess I'll be spending my Saturday morning in front of my computer hitting the refresh button. Good luck if you'll be in the hunt.
Posted by Bryan Hamill - Executive Editor at 10:35:00 AM 1 comments 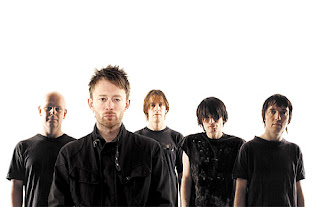 Radiohead Tour Announcement
This is still unconfirmed but it looks like Radiohead will play The Tweeter Center on August 13th. My brother just sent me this link, so let me give him the credit. Here's the story the way it appeared at ateaseweb just a few hours ago. Radiohead’s Boston show will take place at Mansfield’s Tweeter Center. The band will play the venue exactly 5 years after their last show: August 13 2008. Apparently, tickets for the show go on sale April 12th. Once further details are revealed or an official announcement is made I'll be sure to pass it along.
Posted by Bryan Hamill - Executive Editor at 8:43:00 PM 1 comments

The Fenway Recordings Sesssions #56-58/Elf Power Ticket Giveaway
The thing I miss most about my former life in radio is the free stuff. Does that make me shallow? I hope not. The bottom line is that everyone loves something for nothing, especially when the something is free tickets to a great show happening this weekend. Through the generosity of Phil at Fenway Recordings and Live Nation I am able to offer up the first ticket giveaway here at The Ash Gray Proclamation. I have two pair of tickets for this Sunday's session with Elf Power. If you're interested in grabbing these just send me an e-mail to ashgrayproclamation@yahoo.com. It will be a first come first serve policy this time around.

Here's the rundown on this weeks session as well as the other sessions they have planned this month. Sunday, April 6th 2008 - Sessions # 56 presents Elf Power and DJ Carbo, 9pm/18+/$12
Elf Power has a storied history as one of the founding bands of Athens, Georgia's Elephant 6 collective, whose alumni include Of Montreal and Neutral Milk Hotel. Formed in 1994, Elf Power's line-up of talented musicians has differed from album to album, but the band has managed to maintain a distinct style while remaining open to experimentation with their sound. Leader Andrew Rieger's otherworldly lyrical stances, the band's easy way with melody and an overall eclectic approach towards making music is evident on their ninth studio album In a Cave. The current line-up of Rieger, Jimmy Hughes, Derek Almstead, Eric Harris, Laura Carter and Heather McIntosh used a series of experimental recording processes and approaches to make In a Cave one of the most psychedelic Elf Power records in years.
ElfPower

Thursday, April 17th- Sessions #57 presents Jason Collett with Paddy Casey, DJ Carbo at Great Scott, 9pm/18+/$12
When Toronto singer-songwriter Jason Collett (of Broken Social Scene) was mulling over titles for his new album, Here's To Being Here, he stumbled across the line in an anthology of poetry by his friend Emily Haines' (BSS, Metric) late father Paul, a well-known avant-garde jazz poet. "I really love the simple sentiment of the title," says Collett. "I think of it as a toast, a raising of the glass to the notion of being present to the moment." Collett began writing to try to escape the boredom of the suburb of Bramalea where he grew up. He logged time in Toronto bands before going on to craft two full-length albums (1999's Chrome Reflections and 2001's Bitter Beauty). In 2003 he joined the Arts & Crafts family in 2003, and continued to pen songs with a poet's knack for reflection and a journalist's eye for detail.
JasonCollet
Paddy Casey

Wednesday, April 30th Sessions #58 presents The Secret Machines and DJ Carbo, 9pm/18+/$15
The Secret Machines story begins in Dallas, where bassist/keyboardist/vocalist Brandon Curtis, his brother guitarist/vocalist Ben Curtis, and drummer Josh Garza spent some time in lesser-known experimental rock bands. Convinced they were destined for greater things, the trio head to Chicago where they recorded their first EP September 000, before continuing on to New York City. They moved into Brooklyn's Bushwick neighborhood in November of 2000, living in a one-room loft apartment with no hot water that doubled as their rehearsal space. Word began to spread about the band's fiery live performances and the buzz led to a record deal with Reprise, which released Now Here Is Nowhere in 2004. Secret Machines produced there new album themselves, as they did Now Here Is Nowhere, booking itself into Allaire, a secluded recording studio on a mountaintop in scenic Shokan, New York, and worked, ate, and slept there for three weeks in May and two weeks in July. "Producing ourselves, we came away with the essential nature of preserving the sanctity of the vibe of a recording studio," Brandon says. "When you're doing it yourself, you have to be responsible for dictating the feeling you want." In September, the band traveled to London to mix the album with legendary engineer/producer Alan Moulder.