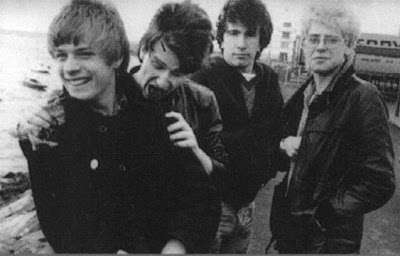 It was shortly after being introduced to U2 when I first heard Driving to Midnight Mass on Christmas Eve. A friend had given me a cassette copy of this recording and it instantly became a tradition to play it every Christmas Eve. Usually my brother and I would lock ourselves in our room, wrap gifts and press play on the tape deck. The years have passed pretty quickly and we have our own families and traditions to keep up with, but this year I found myself thinking of those Christmas Eve's. It always brings back great memories when I hear this recording. After a little searching I was able to find a digital copy because that old cassette is long gone, probable lost in the great basement flood of 1991. Merry Christmas to you all and as always thanks for supporting The Ash Gray Proclamation.

On this rare track Bono recites a poem by John F. Dean. Recorded for Dublin radio and first broadcast on December 31st 1983.

Driving To Midnight Mass On Christmas Eve mp3
Five-thousand million years ago, this earth lay heaving in a mass of rocks and fire
Wasting, burdened with its emptiness
Tonight, when arthropods and worms and sponges have given way to dinosaurs
And dinosaurs to working, wandering apes
Homoerectus have given way to sapiens, and he to
Homosapiens(alias Paddy Mack)

Look down on Dublin from the hills around
And lights could be a million Christmas trees
Still firs standing, while in the sky a glow as if of dawn
This day a light shall shine on us
The Lord is born within our city

Look along to the river toward O'Connell Bridge
The lights, the neon signs, all stream on water like breathed-on strips of tinsel
All is still...

Eleven-thirty, pubs begin to empty
Men stop to argue, sway and say the name of Jesus
For those who have known darkness
Who have now seen a wonderous light
Those who have dwelt on unlit streets
To them the light has come

Tonight, few cars go by
The blocks of flats with windowed-plastic trees
And fairy lights stand, watching for a miracle
Here are no dells where fairies might appear

Out from the dark an ambulance comes speeding
Sickly blue lights search in siren-still
The mystery of the night ticks slowly on
It will pass and leave memories of friends and small, half-welcomed things

In Him was life
In Him, life was the light of man
For neither prehistoric swans nor trilobites, the mesozoic birds
Neanderthal, nor modern man had ever dreamt or seen what was our God

The shops are gay with lights and bright things
All save funeral homes, they dare not advertise their presence
As midnight peels and organs start to play
Two cars meet headlong in a haze of drink
The crash flicks into silence
Pain crawls like a slime through blood and into limbs
God is revealed, a baby naked, crying in a crib

In the church porches and out along the grounds
Teenagers laugh and swear, smokin', watchin' girls
So, once more, Christmas trails away
Its meaning moves back into the mist and the march of time

In this edition of Micro-news we go a bit old school with news from two artists we grew up as well as an update from a band that continues to impress us. In this edition we catch up with The National, Morrissey, and The Cure. I'll try to keep this brief as I need to use this day to get my ass to the stores to start and finish my Christmas shopping. 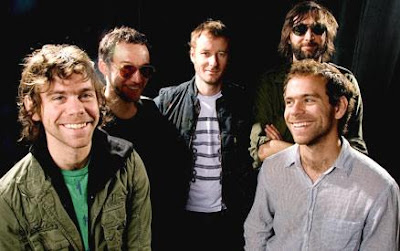 According to a recent fan club e-mail The National are in the early stages of writing there next record. The band plans on entering the studio in April to start recording. The follow up to last years acclaimed Boxer(our #1 album of 2007) is expected to be released sometime in 2010.

In other National news Aaron and Bryce Dressner have produced a charity record for the Red Hot Organization. Dark Was The Night will be released on February 17th via 4AD. All profits from the sale of the record will go to fight the HIV/AIDS pandemic. The album features 32 exclusive tracks and will be released as a double CD and on triple Vinyl. The National wrote and recorded a new song for the album called So Far Around The Bend. The Dressner brothers have assembled an impressive line-up for the album that includes tracks from The Decemberists, Arcade Fire, Grizzly Bear, Ben Gibbard (DCFC), Spoon and that's just a partial list. 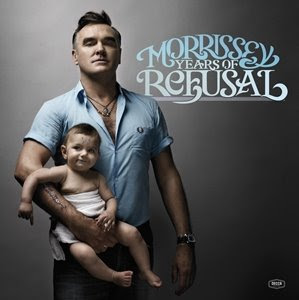 Morrissey is set to release his first new recording since 2006's Ringleaders of The Tormentors. Years of Refusal will be released on February 17th via Atack/Lost Highway here in America. The Moz will be supporting the albums release with a US tour that will include rare club appearances. The tour kicks off on March 1st in Orlando, FLA. For more tour information be sure to check out itsmorrisseysworld. There is no sign of a Boston area show, but we'll be sure to post an update if that changes.

The Cure have been making the rounds on the late night TV circuit over the past couple of weeks promoting there new release 4:13 Dream out on Geffen with recent appearances on The Tonight Show, Jimmy Kimmel Live as well as another on tap tomorrow night on Last Call with Carson Daily.

Also on Friday tune into your local NPR affiliate to hear The Cure's World Cafe session. Here in the Boston area you can catch the program on WUMB from 7pm to 11PM.

I've been home sick for the last two days and I've seen as muchLaw & Order as one man can take. So I thought I'd type. I really need to get focused on our year end list, but for now I'll share some news. I for one will be looking forward to two releases from Robert Pollard in early 2009. 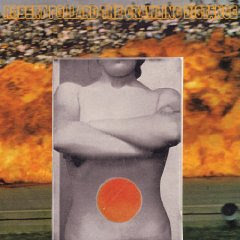 The Crawling Distance will drop on January 20th. The album consists of 10 tracks, most of which clock in at between 3 and 4 minutes. All instruments and production were provided by Todd Tobias with Bob providing vocals. The Crawling Distance is the follow up to the 2008 solo offering Off to Business.

On December 30th Boston Spaceships will release the first single from there sophomore album. The Headache Revolution 7" single features 3 non album tracks. This release is limited to 500 copies and are only available at Rockathon.

Both albums will be released via Guided By Voices, Inc.
Pre-order information for The Crawling Distance and the Headache Revolution 7" can be obtained at rockathon records

"Pollard is sort of the Grateful Dead equivalent for people who like Miller Lite instead of acid." - The Washington Post
Posted by Bryan Hamill - Executive Editor at 1:45:00 PM 0 comments 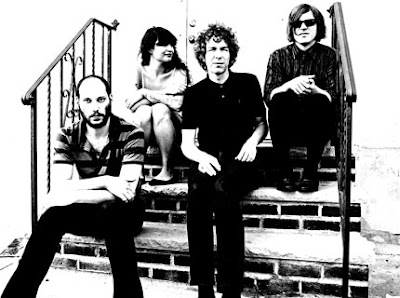 Tonight Brooklyn's Crystal Stilts bring there gloomy garage pop to Great Scott in Alston. The band is out on tour supporting what can only be described as my sleeper album of the year. Alight of Night is equal parts Velvet Underground, Joy Division, Jesus & The Mary Chain as well early Flying Nun bands like The Chills. A dark brooding pop record and one hell of a debut.

Formed in 2003 by Brad Garret and JB Townsend, Crystal Stilts recorded there first single as a duo. However over the past couple of years they've expanded the line up adding Kyle Forrester (Keyboards), Andy Adler (Bass). Alight of Night is the follow up to the self titled EP and is the first to feature new drummer Frankie Rose formally of Vivian Girls.

Take a look at the band performing in New York back in October.